Israel is a tiny country, the size of New Jersey or Wales, but the variety to be found here is enormous. Take a look at my picture gallery to see what I mean. 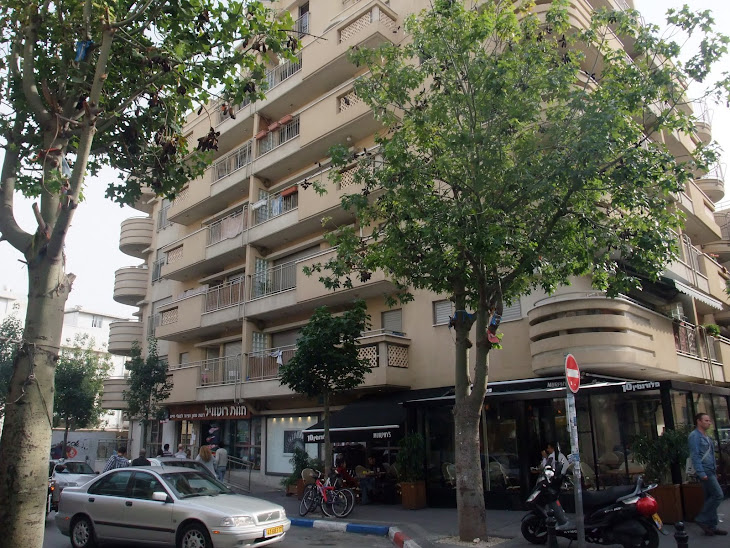 A tree blasted by a missile fired from Lebanon 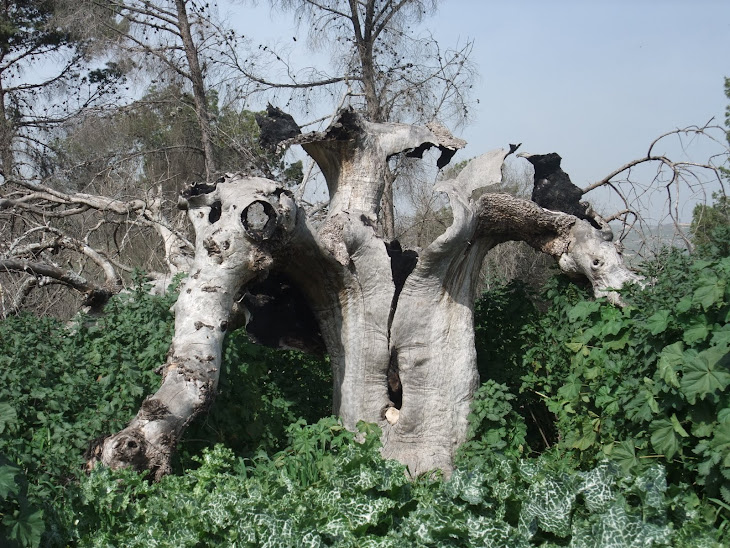 Millions of trees have been planted in Israel. the once malaria filled swamplands and arid deserts have bloomed again like in Bible times thanks to the dedication of the Jews who returned to our homeland. And we will continue to plant, even when our enemies try to bring us down. 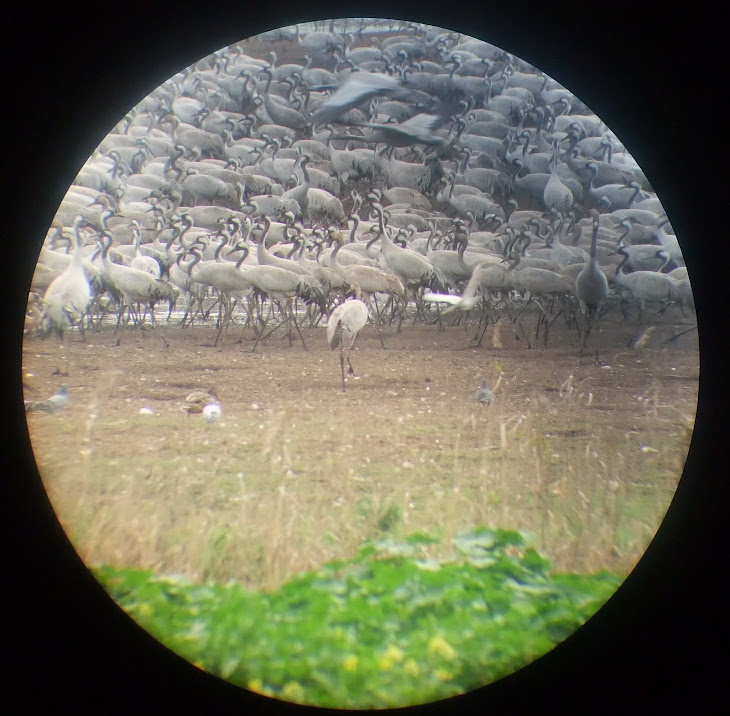 Cranes dance in the Agamon 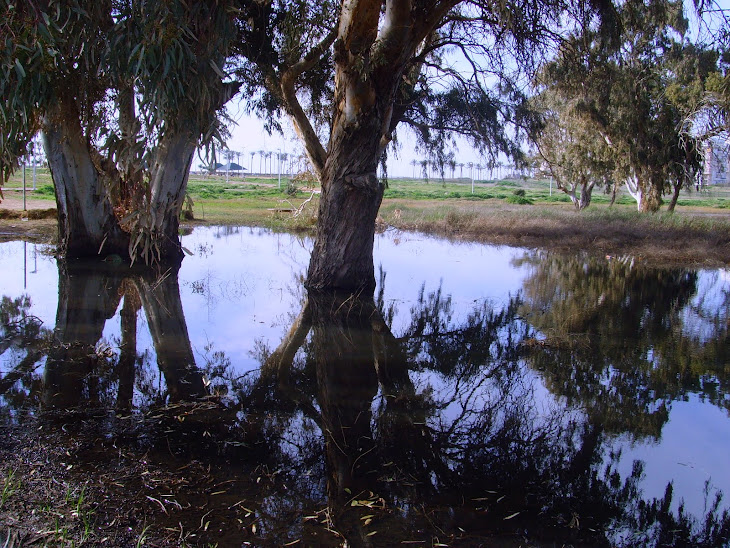 Only after an especially rainy winter can we enjoy this lovely sight.

It's fantastic to think that it will soon be 40 years since we reunited Jerusalem. I just came across a new site about the Six-Day War that started me reminiscing!

(Check it out - I've posted the address in my Links under the heading - surprise, surprise - "Six-Day War"!)

I can still remember that euphoric period when the world loved us. David had defeated Goliath again and we naively thought that it would mean a more peaceful future for Israel and her neighbours.

Of course at that time I was a teenager in England and so it may well be that those who lived here in Israel were more realistic. I found my diary from that period and have decided to print the relevant excerpts here (untouched!). Not riveting stuff but authentic.

It should be noted that at the same time I was recording the highs and lows of my own life which included respectively the birth of my cousin Rhona’s baby and the death of my tortoise! And of course it was the age where the traumas of teenage love were the number one topic of conversation. Learning to drive also had its fair share of dramas – especially as it was my Dad who was teaching me! (He learnt to drive on a tank during WW2 so what could you expect?) So the diary entry “I was in tears” refers to an outing with him, not because of news from Israel.

Mon 5th June 1967 … I don’t need much time to write today’s happenings to me - nothing happened. However something has happened which may not concern me directly but never the less upsets me very much. There is now a war in Israel. Although it was obvious for days that one was impending, it still comes as a shock as one never completely gives up the hope that it won’t happen. I’ve included in my prayers each night “Please don’t let there be a war in Israel” and I suppose I’d come to believe that the miracle would take place. I can’t put down on paper how concerned I feel without sounding trite or stilted but I feel very deeply that Israel must not be destroyed. It makes me want to cry when I think how the sabras have slaved in their country to make it fertile and now a wretched Arab called Nasser wants to destroy it all. I only wish I were old enough to go out there to try and help but unfortunately the minimum age is 18. This is what makes it so much worse – my feeling of absolute helplessness. There must be something I can do.

Wed 7th June … In the evening I went to Habonim for a meeting. … I volunteered to baby-sit to raise money for Israel. It may not be much but at least I am doing something. … the war is practically over. 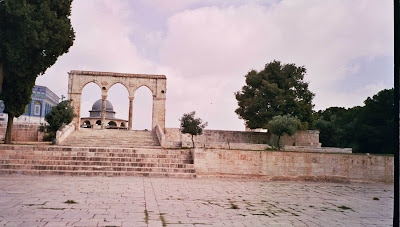 "THE TEMPLE MOUNT IS IN OUR HANDS"
Israel has control of the Gaza Strip and Jerusalem – today Moshe Dayan (Minister of Defence) visited the Wailing Wall. There are talks of a cease-fire. Thank G-d!
Thurs 8th June … Jordan have now stopped fighting. Nasser will not let Egypt give in despite Russia’s having stopped supporting him, but it is only a matter of time before he is defeated. How many people will have died by then though? How many crops will be ruined because there is no-one to reap them? Moshe Dayan says that Israel will not give up Jerusalem again – they now have control of the Arab sector, most of which used to be Jewish anyway!

Sat 9th June … We got a circular from the Bnai Brith this morning saying that one of the executive will come round tomorrow to collect money for Israel.

Sun 10th June … There was a cease-fire this morning at last. Israel have had a resounding victory.

Mon 11th June … The official number of dead from the war was given today – 679 (Israellis) and 2,563 wounded. I got a letter from Shimon (Israelli pen-friend) on Saturday. He was already in the army but the war hadn’t started so I don’t know if he is allright yet. I have written to him so now all I can do is wait.

I am glad to say that my pen-friend did survive the war. But where he is today I do not know!

Keep up the good work!

I'm building a free website to allow people to share their stories and advice about making Aliyah, in an effort to inform and inspire others to do the same. I would love it if you would share a story or two. Please see the site at http://aliyahstories.nfshost.com/ and let me know what you think. 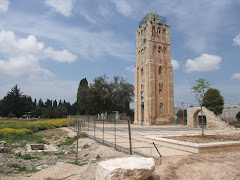 Built by the Mamlukes in the 13th Century; now a contender to join the ranks World Heritage Sites